NG Detectors is a Start Up recently established engaged in the research, development, manufacturing and marketing of advanced medical diagnostic systems based on innovative detection technologies of ionizing radiation and ultrasound in scintigraphic and eco-scintigraphic applications. 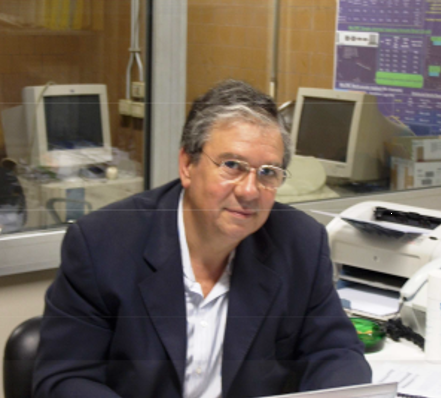 Our company is born as an academic Start Up of the “Sapienza” University of Rome thanks to the active participation of Prof. Roberto Pani that in addition to his position as director of the School of Specialization in “Medical Physics” of the University, is a shareholder and Scientific Director of NG Detectors.

Along his over 30 years of experience in scientific and technological research Prof. R. Pani boasts several patents and international awards in the field of X-ray detection and identification, gamma radiation and ultrasound devices and advanced systems for medical diagnostics.

In 1990 he introduced, at an international level, new compact systems for imaging in nuclear medicine, creating the first imaging device with sub-millimeter spatial resolution for the study of new radiopharmaceuticals and ionizing bio-markers. In 1996 he created the first apparatus dedicated to scinti-mammography: a clinical study has demonstrated the remarkable ability of this device in the diagnosis of nature (benign / malignant) of a breast cancer.

The success and the consequent international impact of the prototype was such as to lead to its production by major American companies in medical device industry, still operating today.

In the Team of NGDetectors, in addition to Prof. R. Pani, there are other professionals coming from scientific research and advanced electronic design industry but also experts in company management, business and marketing.

On February 4 (2016) scientific TV show TGR Leonardo has aired a report where we presented our GonioProbe.